We had a great time on our impromptu trip to Michigan.  We left home Thursday late afternoon and headed for Michigan. 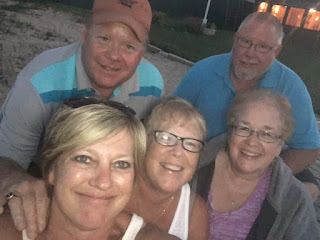 Dean, Gay, Kathy, Bud, and me.
On Friday our first order of business was to look at and try out a pontoon.  We went for a ride on beautiful Torch Lake.  The water was a gorgeous color of blue, and the weather was perfect!  That evening we stayed in Pellston and ate at a wonderful restaurant on Douglas Lake.  It was perfectly calm and a beautiful blue.  It reminded us of Twin Lakes, the lake we grew up on. 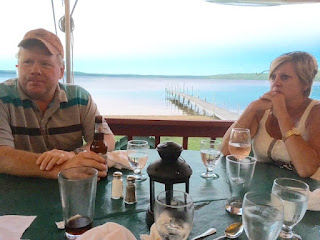 Saturday morning we headed for Mackinac Island aboard a boat from Mackinaw City.  The Grand Hotel looked impressive even from the lake! 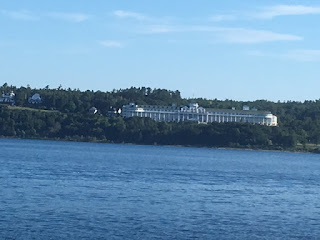 The shoreline was very pretty with the lovely buildings along the shore and the boats docked. 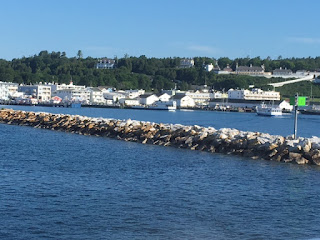 Since the mode of transportation on the island is bike or horse, we opted to take a tour via a horse drawn carriage.  Our driver filled us in on stories and facts about the island, although there were times we thought it was complete BS.  He had a background in acting so that is entirely possible!  The Grand Hotel looked even more grand up close and personal! 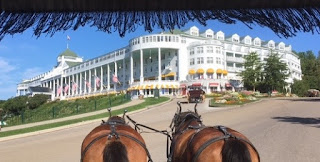 The homes next to the hotel along the bluff were breathtaking.  The landscaping was beyond perfect.  They are million dollar homes, so I'm going to go out on a limb and assume they have gardeners, but still they were fantastic! 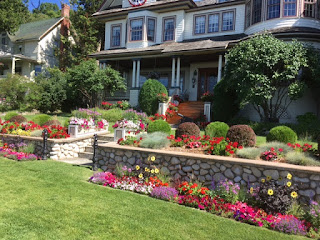 St. Ann's Catholic Church has quite a history on the island, so we had to go see it.  There was a wedding taking place as it is a popular destination wedding spot, but we were welcomed in as they were taking pictures.  This church reminded me of St. Mary's, my home church.  The seats, the altars, and the balcony were very similar.  What set them apart was the beautiful painting above the altar and the ceiling. 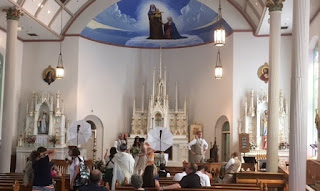 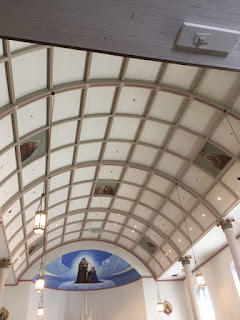 We did some shopping and a little more touring of the island before we left.  The streets were full of people, bikes, and carriages! 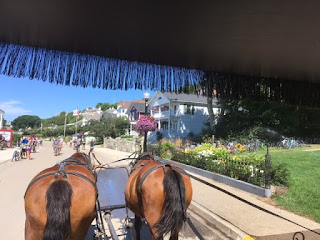 And then it was time to go.  I can now check Mackinac Island off of my Bucket List! 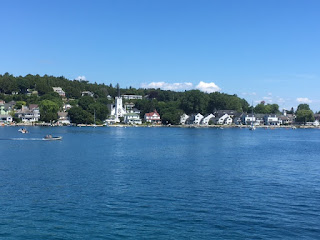 Next we headed to the Great Lakes Shipwreck Museum in Paradise, MI.  It is where the Edmund Fitzgerald went down in 1975.  If that doesn't sound familiar, just click here for the song by Gordon Lightfoot. 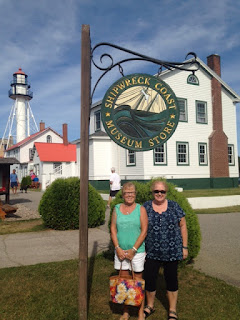 There have been MANY shipwrecks in this area of Lake Superior.  The museum does a great job telling about many of them, and sharing artifacts from them. 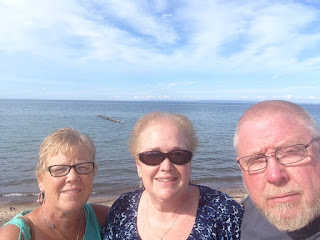 Next we headed to Sault Ste. Marie to the lock and dam.  Half of the town is in the US, and half is in Canada.  None of us were smart enough to bring our passports, so we were stuck looking at the bridge that would take us to Canada! 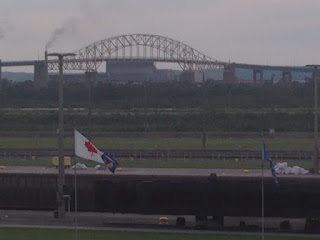 On Sunday morning we began our trek home, but this time we took the northern route.  We saw some beautiful scenery along the northern  side of Lake Michigan.  We stopped in Milwaukee for the evening.  Our motel was along the riverwalk downtown. 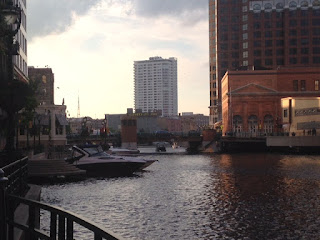 There wasn't much to the riverwalk really.  Just a few bars and restaurants.  It was nice being along the water though. 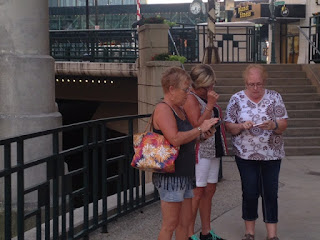 Monday morning we headed out once again.  We stopped at a few little shops along the road.  Menominee, WI was a quaint little town that caught our attention.  Well, the guys' attention because they were having a fishing competition.  We shopped in a few antique stores that were very nice.  And we checked out a lighthouse on the way out of town. 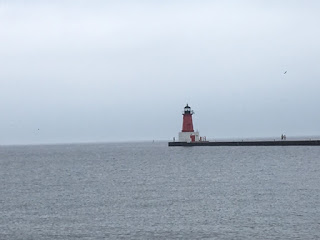 Our final stop was Galena, IL.  We visited several shops and did a little more shopping, and ate a great lunch.  All along the way we stopped at several quilt stores so Gay and I could shop.  Kathy even bought a little fabric.  Some antique items found their way into the car too.  We threatened to leave Kathy out so we had more room.  Especially when she found a man! 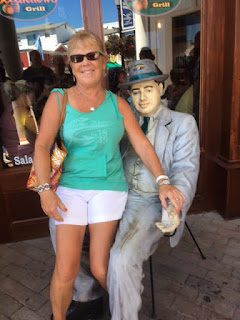 But he didn't seem to be too ambitious, so that didn't work!

We dropped Kathy off at home then met Tasha in Williamsburg to take us home.  Then Dean and Gay continued on to Texas.  All in all, we had a fantastic time--saw many beautiful sights, had lots of laughs, some good food, and enjoyed the time together.
Posted by Kim at 8:37 PM 2 comments: 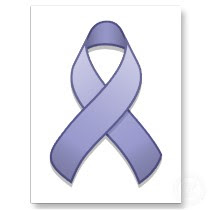